Team Sugar Bee is a Colorado-Wyoming Bike MS family and friends team. It takes its name from Kelly Walker's childhood nickname, "Sugar Bee". Kelly was an outstanding athlete in high school and college. She was diagnosed with MS in 1988.
After 33 years battling MS, Kelly passed away peacefully in her home, surrounded by her family and her dog Alice, on May 3, 2022 due to complications from this devastating disease. She was a shining star to all who knew and loved her.
From the very beginning of her diagnosis, Kelly, her friends and the entire Walker family were motivated to raise funds in an effort to find a cure for the disease.

Team Sugar Bee started with 6 people back in 1993 and at one point had over 150 riders. The team is comprised of friends and family that communicate by this web site, social media, e-mail and phone. Tim Jr., Kelly's brother, is our team captain.

Team Sugar Bee is one of the top fund raising teams in Colorado. Out goal is to raise $100,000+ each year. In 2010, the team became the first friends and family team to reach $1,000,000. Since then, we've surpassed the $2,000,000 mark. Over the years, the Team and the Walker Family have received numerous awards:
We want to continue to be a growing, dynamic MS 150 team and do our part to raise funds to research and defeat MS in our lifetime. Come and join us in that fight! Be a Bee or Support a Bee!

From 1996-2016, over 100 Team Sugar Bee Volunteers helped host the ride's Lunch Rest Stop on Saturday. It was the only non-corporate funded rest stop on the Bike MS ride and was voted the best stop many times over. We love all the bees in our hive! 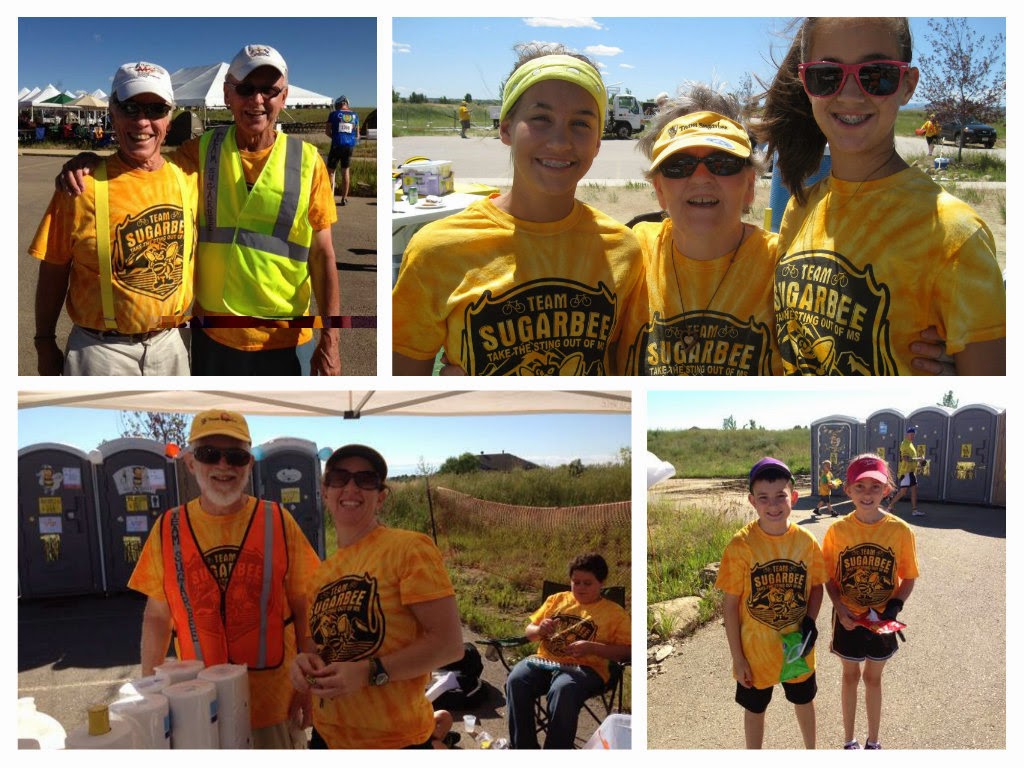